Reklama
When Poland became the first country in the Soviet bloc to establish a non-communist government in 1989 and embark with determination on the path to a capitalist market economy, one of the obstacles it faced was the lack of banks in the full sense of the word and the lack of people competent to manage banks in a market economy. To overcome this hurdle, the government strove to attract know-how from foreign banks by encouraging them to come to Poland both with green-field investments and by taking over privatised state banks. As a result, Poland built an efficient and modern banking system where most of the assets were in the hands of foreign banks.

The predominance of foreign banks in the banking industry is typical of very small countries such as Luxembourg and Malta. It happens less frequently in medium-sized countries and is almost unheard of in large economies. At the beginning of the transition, despite its large population, Poland was at most a medium-sized economy: in 1990, it ranked 13th in terms of current GDP among the 27 countries that are now EU Member States. The Polish economy grew steadily during the transition and is now the 6th largest economy in the EU and the 21st largest in the world. Under the dominance of foreign banks, Poland grew to become a large economy with a banking industry typical of a very small country. Meanwhile, new generations of Polish managers capable of managing banks were educated and gained experience. Strong and relatively competent banking supervision was established. There was no good reason anymore for banks in Poland to be managed from abroad.

Downsides of domination of foreign-controlled banks in the industry

During the 2008 global financial crisis, the Polish banking industry proved resilient. Unlike banks in leading western countries, which had to be bailed out by taxpayers, Polish banks navigated the crisis on their own.
However, the fact that two-thirds of the banking industry’s assets in Poland were owned by banks controlled by foreign banking groups had its downsides. The credit policy of those banks was decided by foreign headquarters under the conditions prevailing in their home countries regardless of the situation in the Polish economy. In 2009-2010, banks headquartered abroad in countries hit by a deep crisis reduced corporate lending in Poland by over 12% even though the Polish economy continued to grow at that time, albeit slightly slower as Poland’s GDP gained nearly 6%. Also in 2009-2010, Poland’s locally controlled (state-owned, private, and cooperative) banks significantly expanded corporate lending, but were nonetheless unable to offset the credit crunch imposed by the dominant group of foreign-controlled banks. As a result, corporate lending in the banking industry as a whole declined by several percent, which was irrational given the condition of the Polish economy at that time. Likewise, in the years that followed, the growth of corporate lending among foreign-controlled banks was much more procyclical than that of locally controlled banks, and it seemed to change more in line with the dynamics of the eurozone’s GDP rather than Poland’s GDP. These anomalies suggest that the dominance of foreign-controlled banks may interfere with the proper performance of the financial intermediation function by the banking industry.

In 2011, this author co-penned a proposal to the effect that, when a foreign strategic investor pulls out from a well-performing bank in Poland, the supervisory authorities should not allow for the transfer of control to another strategic investor but for the dispersed sale of shares on the stock exchange. This strategy was dubbed “domestication”, reflecting not so much the idea that domestic investors should hold the majority of shares but rather that such a bank should not be controlled by an external entity and that its real centre of management should be the management board and local headquarters.
The proposed “domestication” strategy neither provided for a complete elimination of banks which are subsidiaries of foreign banking groups nor the creation of a monoculture of banks with dispersed shareholders. The idea was to reduce the excessive share of foreign-controlled banks and introduce a bank model with dispersed private capital, which is widespread in economically advanced countries but absent in Poland, so as to create a more balanced ownership structure with different models of corporate control in the industry.

The government supported the takeover of banks by state-owned institutions

Successive governments in the last decade, whatever their political provenance, have tried to curb the dominance of foreign banks by increasing the share of state-controlled banks. When investors such as Scandinavian Nordea Bank, French-Italian Tassara Group, and Italian Unicredit decided to leave Poland, government-controlled institutions joined forces and bought blocks of shares from strategic investors, taking over one bank after another in line with a strategy that the current government describes as “repolonisation”. As a result, state-controlled banks now control more than 40% of the banking industry’s assets.

Risks of state control of banks

In state-controlled banks, the fate of managers depends on their relations with politicians and the political calendar. As recent Polish experience shows, a state-owned bank that has the support of its political principals can sometimes disregard supervisory recommendations. Therefore, oversight by banking supervisors is significantly less effective in banks controlled by the state than in foreign banks or other privately controlled banks. The experience of many countries shows that state control over banks makes them susceptible to political pressure in credit policy, leading to less effective credit allocation in the economy. The consequences include slower economic growth, tighter access to credit for all but the largest firms, and greater risk of a banking crisis.
***
It does matter where a bank’s decision-making centre is located. If the banking industry in a major economy is dominated by foreign-controlled banks, this can have adverse consequences for the economy. However, it is much more dangerous to subject banks to control by politicians. To bolster the development of its economy, Poland needs banks with diverse ownership structures. The predominant role should be played by banks with decision-making centres within the country, but they should not be state-controlled banks. ©℗ 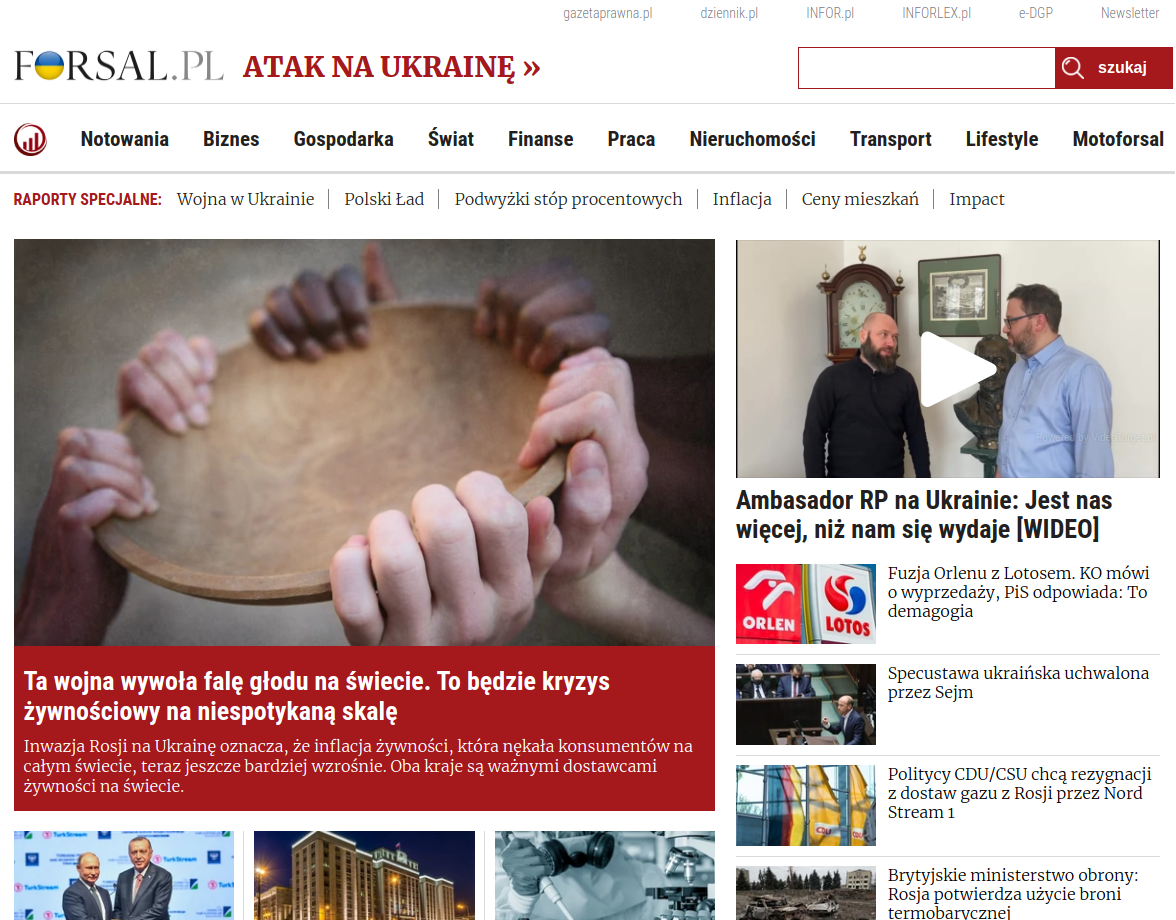